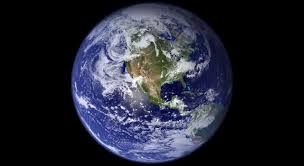 What is the Earth?

The earth is one of the eight planets that continually revolve around the sun. The planets and the Sun make our solar system. The Earth is the third planet out from the Sun, located between Venus and Mars. The Earth is a sphere made largely of rock. The two-thirds of surface is covered by water. It is the only planet with oxygen in its atmosphere. The presence of water and oxygen is what makes the Earth a suitable planet for existence of life. How did the Earth begin?

The Earth was a clouds of gases and dust that circled around the sun about four and a half billion years ago. Then the clouds of gas started to condense and thus formed trillions of small beads. These beads then started to clump together as a single mass due to gravity. This mass is now we live on. Thus the Earth was just a ball of fire a long ago and later it got its hard crust and atmosphere due to gradual Cooling.How were the planets formed? 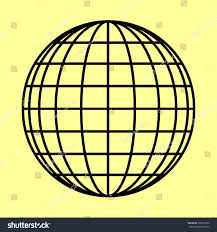 
What is an earthquake?


An earthquake is the shaking of the ground. Some earthquakes are so mild that they go unnoticed but some are so violent they can shake down mountains and destroy cities. Many things can set off small earthquake from the rumbling of heavy traffic to the eruption of a volcano. But the biggest earthquakes are set off by the trembling of the tectonic plates that make up the Earth's surface as they grind slowly together underground.What causes earthquakes?


The tectonic plates are sliding past each other all the time but sometimes they jam. Then the rock bands and stretches for a while until the strain gets so much that it snaps and the plates lurch on again. The snapping or the rock and sudden jolting of the plates sends shock waves out in all directions. When these waves reach the surface, they create earthquakes.What is focus and epicenter?


The starting point of an earthquake inside the Earth is called the hypocenter or focus. The epicenter is the po…
Post a comment
Read more 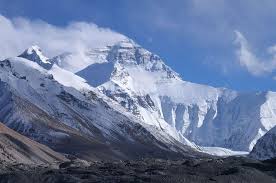 
The world's highest mountains are the Himalayas in Asia to the north of India. The world's ten tallest mountains are found here, including the Mount Everest. It is 8,848 m high. But the other continents too have their high mountain ranges. The Andes are in South America, where there are many peaks over 6,000 m; the Rocky Mountains in North America and the Alps in Europe.What is the period of mountain formation?


Mountains are being created all the time-although if takes many millions of years. Most of the world's highest mountains were formed quite recently. The Himalayas have formed within the last 40 million years –and they are growing even today.How do mountains form?


Some mountains are created by volcanic eruptions. But most mountains are thrown up by the tremendous power of the Earth's …
Post a comment
Read more 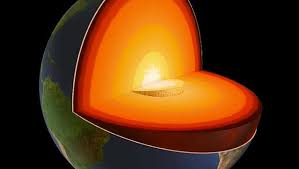 
What lies within the Earth?


The Earth gets hotter and hotter. The temperature reaches, 70000C hotter than of the surface of the sun. Thus, just beneath the crust is the layer of half-molten rocks thousands of kilometers deep called the mantle. Within the earth center is the core. The outer core is made of molten iron and nickel. In the inner core, the Pressure is intense, therefore, despite being so hot, it is solid. Can anyone visit the Earth's center?It is not possible. No one has ever managed to drill more than 12 km down. Even at this depth, pleasure, are so great and the rock is so hot and soft that the drill bores close up as fast as they are drilled.What is the composition of the mantle?


The mantle is made of rock like the crust. But the most common minerals here are minerals that are rare on the surface, like perovskite and olivine.How do scientists hear the Earth's interior?


The vibrations of theearthquakes help us in that. Long after the ground stopsshaking, …
Post a comment
Read more 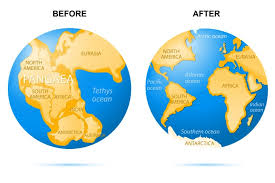 
Continents keep moving slowly all the time. Sometimes, they crunch together. Sometimes, theybreak in the middle. But they are always drifting like ice floatson water. 1his is called continental drift.At what speed are the continents moving?


The speed varies from place to place. For instance, America Is drifting away from Europe at about 2 cm a year the same rate at which a fingernail grows. This might seem slow, but over millions of years, if can take the continents thousands of kilometers away.Why could the east coast of South America and the west coast of Africa seem to fit together like pieces of a jigsaw?


It was because they were once joined together-along with the other continents – in a giant Super continent which geologists call Pangea. About 200 million years ago, Pangea began to break up, and the fragments drifted apart to form today's Continents.How were the Himalayas formed? 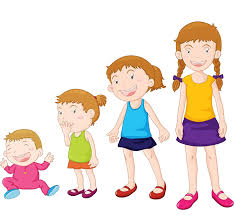 
How do you grow?Our body is composed of millions of cells. They are so small that they can only be seen under a powerful microscope. We grow as these cells divide in two again and again to make new cells. This is called cell multiplication and mostly happens when we are young. We look young because most of our body is made from new cells.Most people live until they are 70 or more. During this time, their body undergoes many changes from growing during childhood to slowly deteriorating in old age.What is puberty?
What happens at puberty?

Puberty is the time when the body begins to change from a child's to an adult's. A gif begins to grow breasts and her hips become wider. She grows hair around her genitals. Eventually, her monthly periods or menstruation begin. A boy's testes begin to grow and produce sperm. He begins to grow hair on his chin and his voice deepensBody changes We are born with sexual or reproductive organs. These organs enable us to have children as adult…
Post a comment
Read more
More posts